The word demography has originated from two Greek words ‘Demos’ and ‘Graphos’. Demography is the scientific study of human populations, primarily with respect to their size, structure and changes therein. Population size effected by fertility, mortality and migration. 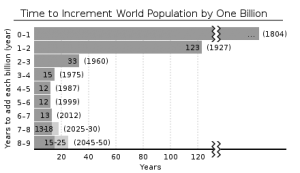 The Tools of Demography

The frequency of demographic events in population during a specified time period (usually a year) divided by the population “at risk” of the event occurring during that time period.
Rates tell how common it is for a given event to occur. Rates may be

The relation of one population subgroup to the total population or to another subgroup; that is, one subgroup divided by another.

An unchanging, arbitrary number (for example, 100 or 1000 or 100000) by which rates, ratios, or proportions can be multiplied to express these measures in a more understandable fashion. (K or Constant).

A statistic that measures events occurring to a COHORT (a group of people sharing a common demographic experience) who are observed through time. Cohorts may be:
–    Birth cohorts
–    Marriage cohorts
–    School cohorts

A statistic that measures events occurring to all or part of a population during one period of time“. It takes a snapshot” of a population, in effect.