In inferential statistics, we use patterns in the sample data to draw inferences about the population represented, accounting for randomness. There are two basic approaches are: 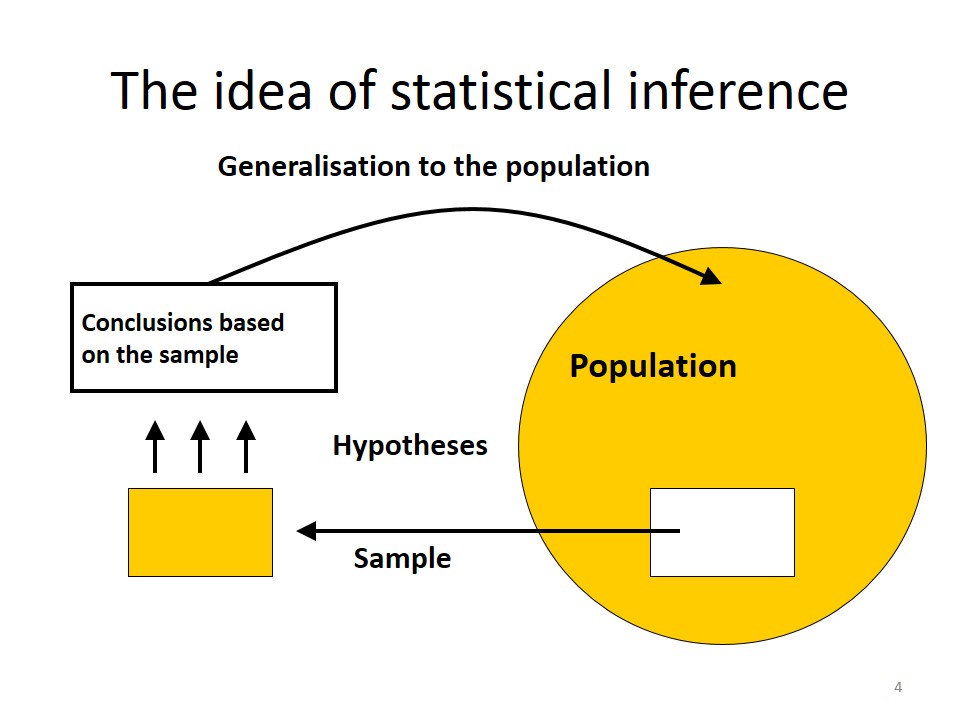 The aim of a statistical test

To reach a scientific decision (“yes” or “no”) on a difference (or effect), on a probabilistic basis, on observed data.

Consider an example of gastroenteritis outbreak in Karachi:

“The risk of illness was higher among diners who ate home preserved pickles (RR=3.6).”

Is the association due to chance?

When you perform a test of statistical significance you usually reject or do not reject the Null Hypothesis (H0).

Tests of statistical significance are applied. If:

Data not consistent with H0:

–      H0 can be rejected in favour of some alternative hypothesis H1 (the objective of our study).

Data are consistent with the H0:

You cannot say that the H0 is true. You can  only decide to reject it or not reject it.

How to decide when to reject the null hypothesis?

p-value is the probability that our result (e.g. a difference between proportions or a RR) or more extreme values could be observed under the null hypothesis.

If p value is small, it indicates low degree of compatibility between H0 and the observed data, you reject H0, the test is significant.

If p value is large, there is high degree of compatibility between H0 and the observed data, you don’t reject H0, the test is not significant.

We can never reduce to zero the probability that our result was not observed by chance alone. 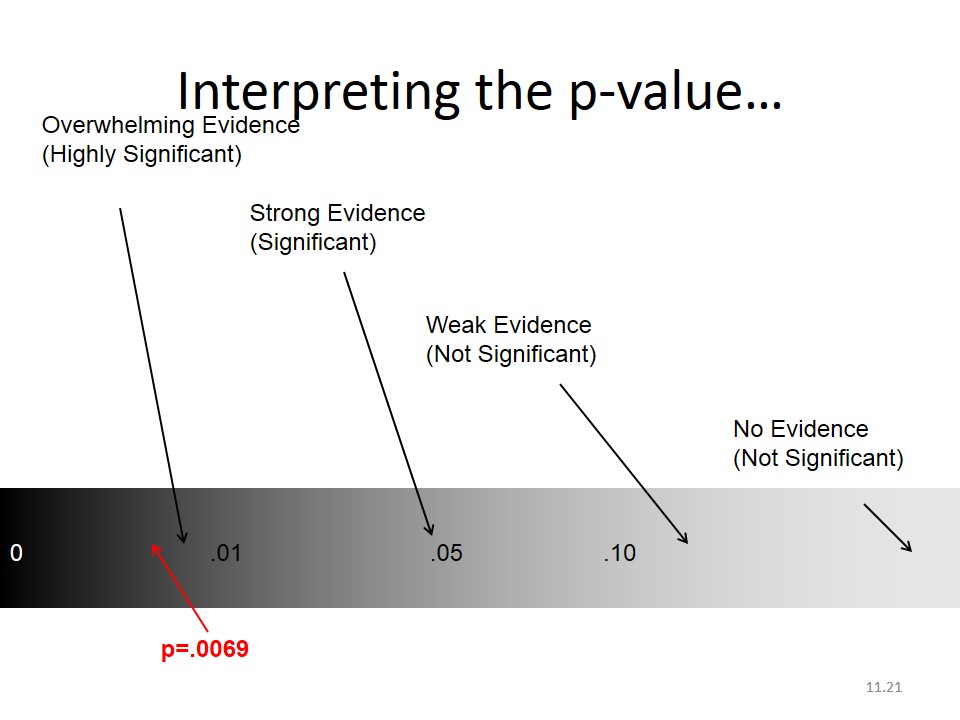 Give always the exact p-value rather than significant vs non-significant.

Examples from the literature

P value cut off of 0.05 is an agreed convention, not an absolute truth.

p value is used for decision making but still there are 2 possible errors:

Type I or alpha error

H0 should not be rejected, but it was rejected :

H0 should be rejected, but it was not rejected :

Keep in mind that committing a Type I error OR a Type II error can be VERY bad depending on the problem. 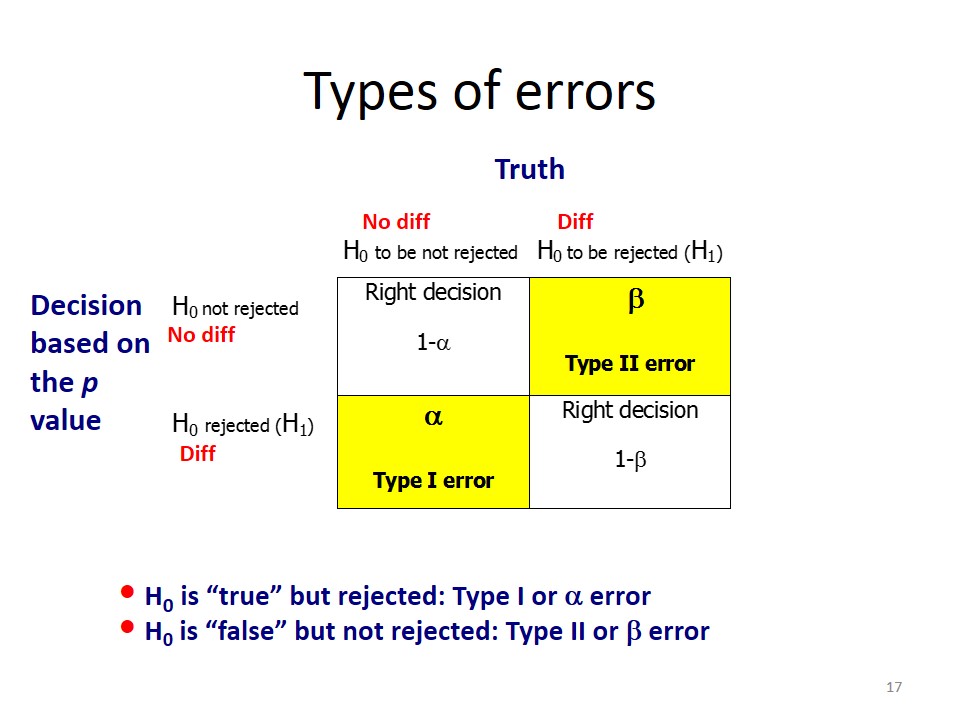 Probability of Type I error:

–      Value of α is determined in advance of the test

2. Test your sample data against H0

Conclusions of a Test of Hypothesis…

The two hypotheses are called the null hypothesis and the other the alternative or research hypothesis. The usual notation is:

H1: — the ‘alternative’ or ‘research’ hypothesis

The two possible decisions that can be made:

NOTE: we do not say that we accept the null hypothesis if a statistician is around.

The testing procedure begins with the assumption that the null hypothesis is true. We find whether the sample mean is in the guts of the sampling distribution??

There are three ways to determine this:

“Epidemiological application need more than a decision as to whether chance alone could have produced association.” (Rothman et al. 2008).

Estimation of an effect measure (e.g. RR, OR) rather than significance testing. The epidemiologist needs measurements rather than probabilities, c2 is a test of association. OR, RR are measures of association on a continuous scale when there are infinite number of possible values.

The best estimate is the point estimate.

Confidence interval is the range of values, on the basis of the sample data, in which the population value (or true value) may lie.

„If the data collection and analysis could be replicated many times, the CI should include the true value of the measure 95% of the time .”

Confidence interval indicates the amount of random error in the estimate. It can be calculated for any „test statistic“, e.g.: means, proportions, ORs, RRs

Width of confidence interval depends on:

A common way to use confidence interval regarding OR/RR is :

Significance testing evaluates only the role of chance as alternative explanation of observed difference or effect. Confidence intervals are more informative than p values.

What we have to evaluate the study

Comments on p-values and Confidence Intervals

A huge effect in a small sample or a small effect in a large sample can result in identical p values. A statistical test will always give a significant result if the sample is big enough. p values and confidence intervals do not provide any information on the possibility that the observed association is due to bias or confounding.