Drugs which increase the efficiency of heart are called cardiotonic drugs.

Catecholamines like adrenaline, although increase the force of contraction, but are not cardiotonic because they increase the work load and oxygen consumption.

“An account of the foxglove and some of its medicinal uses: with practical remarks on dropsy and other diseases”

After phase 3 Na+ K+ ATPase pump is activated, when this pump is inhibited Na+ remains inside. No entry of K+ occurs from outside. Increased Na+ leads to increased Ca++ intracellulary because: 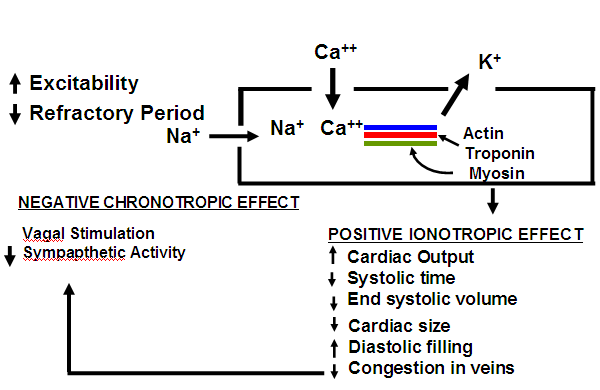 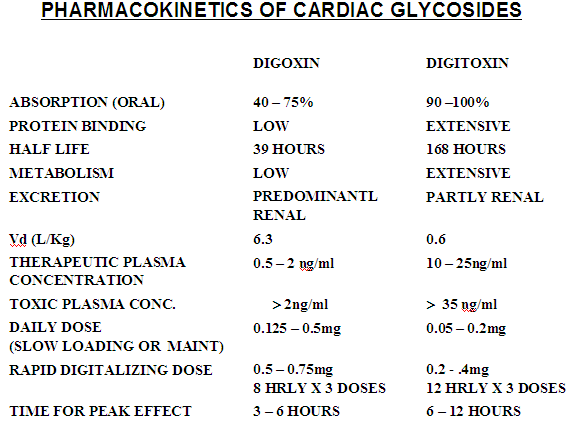 In congestive cardiac failure with high cardiac output due to hyperthyroidism, cardiotonic drugs are not effective.

Due to low TI, plasma levels are monitored.

Nausea and vomiting, due to stimulation of CTZ.

Gynecomastia (due to steroid nature)

Renal diseases in case of Digoxin

Most of the cases are treated by withdrawal.