The word drug comes from Drogue meaning ‘a dry herb’. A drug can be defined as:

“A substance, material or product used for the purpose of diagnosis, prevention and relief of symptoms or cure of disease.”

WHO defines drug as:

“A substance, material or product used or intended to be used to modify or explore the physiological processes or pathological states for the benefit of the recipient.” 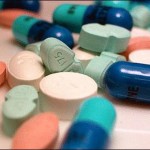 General Features of a Drug:

5.      Variability in degree of ionization

Drugs may be globular or linear in structure. Their shape is modified according to the receptor on which they act.

Lipid soluble drugs (having higher lipid water partition coefficient) are more retained in the body while water soluble drugs are easily excreted out.

5. Variability in degree of ionization

Drugs may be solids, liquids or gases. Examples include halothane and nitrous oxide, both of which are gases.

Administration of the right drug indicated for the disease in right dose through an appropriate route for the right duration.

Drug when used for non medical purposes is known as drug abuse. It is the wrong use of a drug other than for the disease e.g. addiction of certain drugs, like morphine, nicotine.

Drug that is not required by the patient i.e. drug therapy that is not justified. If violate the quantity or duration of the required drug, it is known as misuse.

Drug Development during the Middle Ages

Paracelsus (1493) is known as grandfather of science of pharmacology. According to him:

a.       Most body reactions are chemical in nature

b.      One must never use a combination of drugs.

c.       Digitoxin from Digitalis purpura- for edema due to cardiac failure

Morphine was isolated as a pure compound in 1805.

Fleming in 1928 found Benzyl penicillin which became the first antibiotic.

a.       Salicylic acid- anti-inflammatory, synthesized from phenol in 1800 by Kolbe and Lautemann.

c.       Prontosil, therapeutically inactive dye is transformed in the body to an antibacterial sulfonamide, was developed by Domagk in 1935.

d.      Acetazolamide and thiazide are diuretics

g.       Beta adrenoreceptors were discovered by James Black in 1960

i.        Immunoglobulins and gene therapy

Browse all articles in Pharmacology