The terminal branches of the aorta are the right and the left common iliac arteries. They arise from the descending abdominal aorta at the level of the fourth lumbar vertebra and move downwards and laterally, lying along the medial border of the psoas muscle. 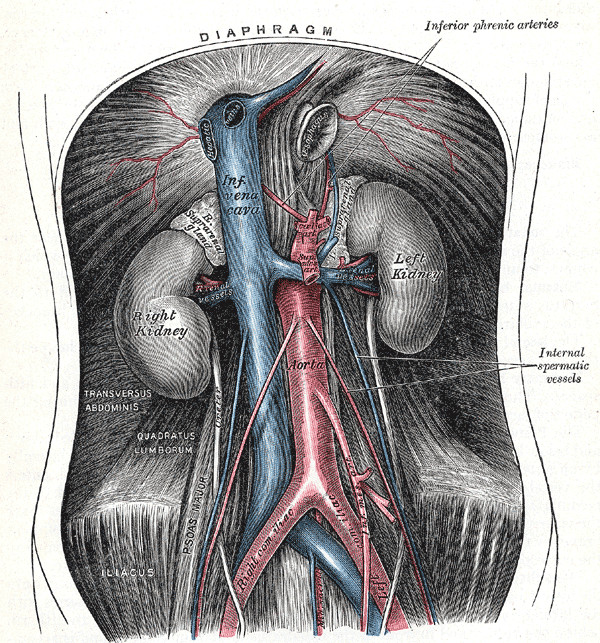 The right and left common iliac arteries end in front of the sacroiliac joint by dividing into two terminal branches:

The ureter crosses the bifurcation of the common iliac artery on each side.

The external iliac artery follows the pelvic brim, running along the medial border of the psoas.

The inferior epigastric artery is given off just above the inguinal ligament. It enters the rectus shealth behind the rectus abdominis muscle by moving upwards and medially along the medial margin of the deep inguinal ring. 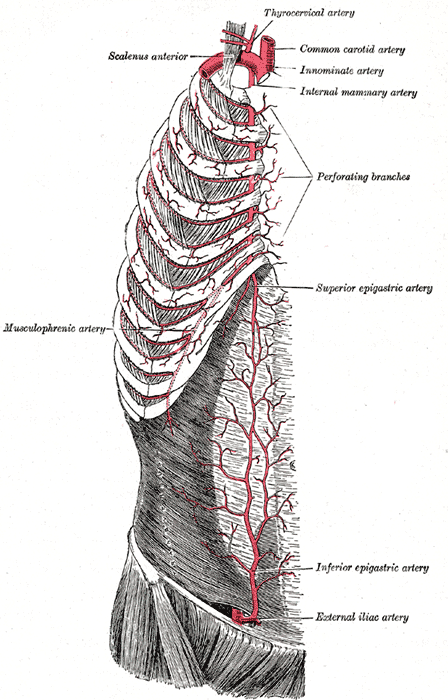 The deep circumflex artery is also given off close to the inferior epigastric artery. It supplies the muscles of the anterior abdominal wall by ascending laterally to the level of the anterior superior iliac spine and the iliac crest. 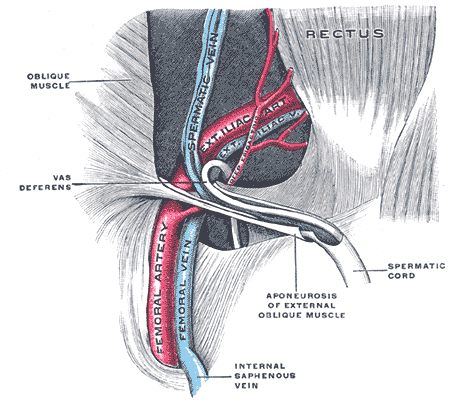 The external iliac artery becomes the femoral artery on entering the thigh by passing beneath the inguinal ligament.

The internal iliac artery arises from the common iliac artery in front of the sacroiliac joint and passes down into the pelvis. It divides at the upper margin of the greater sciatic foramen into:

These branches supply the pelvic viscera, perineum, pelvic walls and the buttocks. 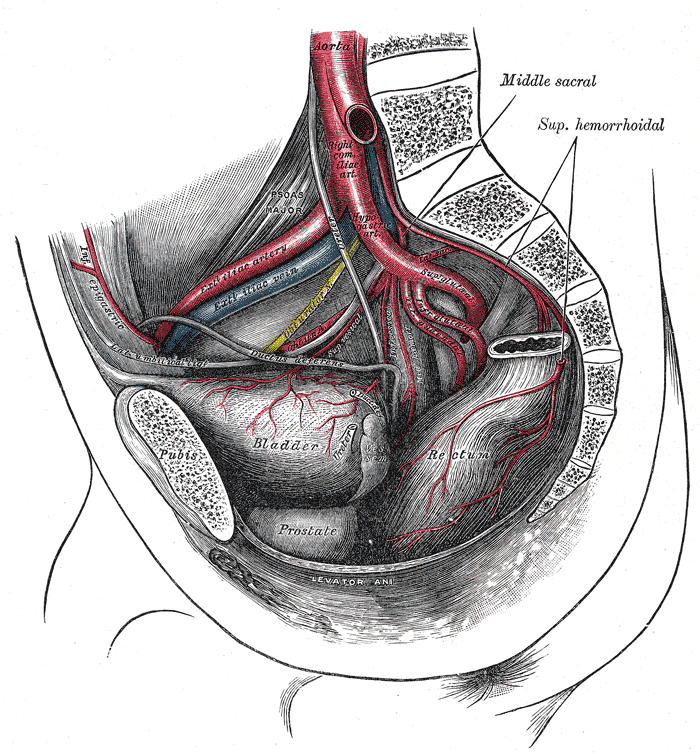