Plant source is the oldest source of drugs. Most of the drugs in ancient times were derived from plants. Almost all parts of the plants are used i.e. leaves, stem, bark, fruits and roots.

a. The leaves of Digitalis Purpurea are the source of Digitoxin and Digoxin, which are cardiac glycosides. 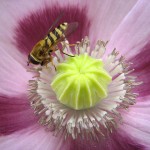 i. Metallic and Non metallic sources:

When the nucleus of the drug from natural source as well as its chemical structure is altered, we call it synthetic.

When the nucleus of drug obtained from natural source is retained but the chemical structure is altered, we call it semi-synthetic.

Most of the drugs used nowadays (such as antianxiety drugs, anti convulsants) are synthetic forms.

Recombinant DNA technology involves cleavage of DNA by enzyme restriction endonucleases. The desired gene is coupled to rapidly replicating DNA (viral, bacterial or plasmid). The new genetic combination is inserted into the bacterial cultures which allow production of vast amount of genetic material.