Radial nerve originates from the posterior cord of the brachial plexus. It leaves the axilla to enter the posterior compartment of the arm. It enters the anterior compartment just above the lateral epicondyle. It winds around the back of arm in the spiral groove between the heads of the triceps muscle. Radial nerve pierces the lateral fascial septum above the elbow and continues downwards into the cubital fossa in front of the elbow, between the brachialis and brachioradialis muscle.

1. In the axilla, radial nerve supplies the long and medial head of the triceps and gives off the posterior cutaneous nerve of the arm.

2. In the spiral groove, radial nerve is accompanied by the profunda vessels and lies directly in contact with the shaft of humerus. It supplies the lateral and medial heads of the triceps, anconeus and gives off lower lateral cutaneous nerve of the arm (which supplies the lateral and anterior side of the arm) as well as the posterior cutaneous nerve of the forearm (which supplies till the wrist joint). 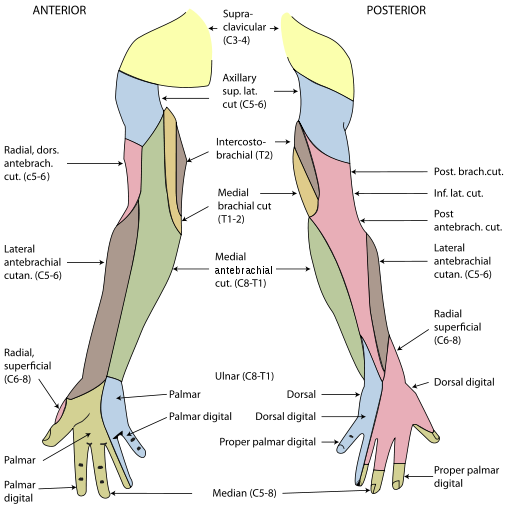 3. In the anterior compartment, radial nerve supplies the brachialis, brachioradialis, extensor carpi radialis longus and gives off articular branches to the elbow joint.

The radial nerve passes down in front of the lateral epicondyle between the brachialis on its medial side and the brachioradialis and the the extensor carpi radialis longus on the lateral side.

At the level of the lateral epicondyle, radial nerve divides into superficial and deep branches.

Articular branches supply the wrist and the carpal joints. 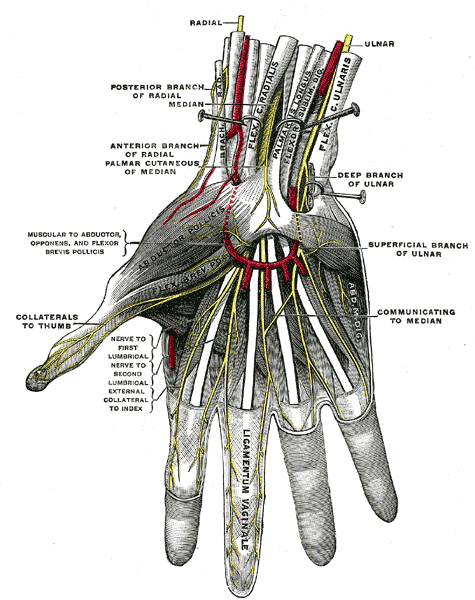 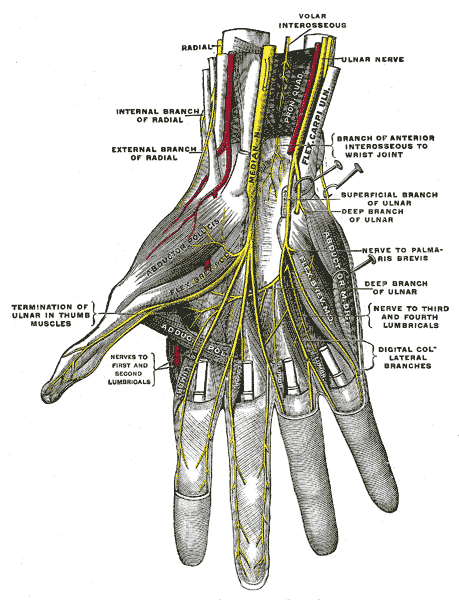