A lady (1) of 33 years age (2) presented in clinic complaining of increased anxiety (3) and loss of weight (4) despite a healthy appetite (5). She had also noticed an increased frequency of stools (6). She felt extremely tried (7), sweat profusely (8) and could not tolerate hot weather (9).

On examination she appeared agitated (10) and her hands were sweaty and tremulous (11). Her eyes appeared prominent (12) and pulse rate was 104/min but regular (13).

She was diagnosed as a case of hyperthyroidism (14).

2.      Regulation of synthesis of thyroid hormones.

1.      Sex: Incidence of hyperthyroidism is much higher in females than in males.

3.      Anxiety: It is a feeling of apprehension and fear characterized by physical symptoms such as palpitations, sweating, irritability and feeling of stress. It is derived from root word meaning ‘to vex or trouble’. Neural circuitry involving the amygdala and hippocampus is thought to underlie anxiety. Increased activity of neural circuits under stimulatory effect of thyroid hormones is responsible for anxiety in this case. Differential diagnosis includes asthma, depression, fibromyalgia, post traumatic stress disorders etc.

4.      Weight loss: Weight loss can be intentional or not. In this case there is unintentional weight loss due to mobilization of fats and lipids of the body due to excess thyroid hormones as well as catabolic effect of high concentrations of thyroid hormones (in contrast to anabolic effect at physiological concentrations). There is weight loss in hyperthyroidism and weight gain in hypothyroidism. Other causes of weight loss can be Addison’s disease, cancer, alcohol abuse, TB, HIV, stroke etc. In cases where weight loss is due to more increase in metabolism than in decreased intake of food, the condition is known as cachexia.

6.      Increased frequency of stools: It may be due to irritation, infection or over distention or lower GIT (Similar condition in upper GIT leads to vomiting). In this case it is due to stimulatory effect of thyroid hormones on GIT to increase its motility.

7.      Tiredness: Due to increased metabolic rate the accumulation of metabolic products is increased. Substances like lactic acid are responsible for producing fatigue which is also increased. There will be disturbance in the ionic concentration across the membrane like increased Na inside or leakage of Ca outside the cell, these will also contribute to feeling of tiredness and fatigue.

8.      Profusely sweating: Increased metabolism and uncoupling of oxidative phosphrylation leads to generation of large amount of heat, to compensate for this heat production, cooling mechanism are activated which includes sweating.

9.      Heat intolerance: Since thyroid hormones are being secreted at higher rate than normal and normal feedback mechanism for regulation of these hormones is impaired, the individual will not be able to decrease the heat production through decreasing the metabolic rate of body. Also cooling mechanism are already active in normal state to compensate for the heat production due to increased BMR, so the capacity of cooling mechanism for additional heat is significantly reduced.

10.  Agitation: Tiredness and inability to go to sleep will give the patient a feeling of irritation and agitation.

11.  Tremulous hands: Due to overexcitabilty of the NMJ, fine tremors will hand will appear. It can be demonstrated by asking the patient to stretch her hands. A piece of paper placed on the hands will help in demonstrating the tremors.

12.  Exophtalmos: Eyes will be protruded due to proliferation of retro-orbital connective tissue and deposition of mucopolysaccharides. Also there is a degenerative changes in the extra-ocular muscles (due to catabolism and autoimmune response), which causes them to shrink.

13.  Pulse rate: Thyroid hormones up regulates, the β-adrenergic receptors on the myocardium which potentiates the effect of cathecholamines and increase heart rate. There is also increased requirement for the body for O2 which also increases the heart rate.

14.  Smooth goiter: Confirms that the problem is in thyroid gland.

It increases all aspects of carbohydrate metabolism, causes thyroid diabetes (differ from pituitary diabetes in increasing the uptake of glucose from GIT (causes lag storage curve   in OGTT)).

It Increases all aspects of lipid metabolism also, especially mobilization of lipids from adipocytes and oxidation of fatty-acids.

Thyroid function test measures the total or free hormones-concentrations or the degree of negative feedback by thyroid hormones on TSH secretion by the pituitary.

Corresponds directly to hyper and under secretion of hormones by thyroid.

Increased concentration increases the total T4 but no change in free T4.

Changes in TBG may give false information regarding status of thyroid gland so further investigation should be conducted in the doubtful cases.

TRH test:
Used to asses state of the pituitary gland.

Response is decreased in hypopituitarism (secondary hypothyroidism) and hyperthyroidism. 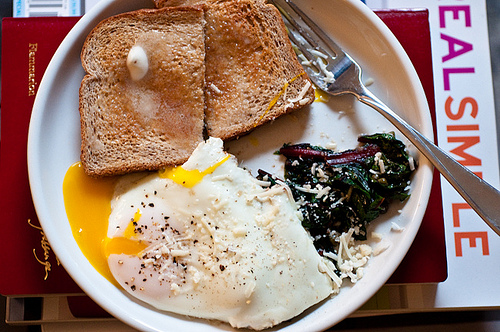