Atrophy may be defined as the shrinkage in size of cell by loss of cell substance, resulting in decreased functional ability. It is the decrease in cell size & number.
Atrophy is a form of adaptive response. Atrophic cells may have diminished function but they are not dead. However, atrophy may progress to cellular death.

a. Loss of hormonal stimulation
Atrophy of uterus after parturition takes place.

b. Aging
Aging process is associated with cell loss, typically seen in brain and heart.

Pathologic causes may include:

a. Disuse
In broken limb immobilized in a plaster cast, muscle atrophy ensues.

d. Cachexia
Protein calorie malnutrition is associated with the use of body of skeletal muscles for source of energy after other residues such as adipose stores have been depleted. This results in marked muscle wasting.

Atrophy may be of two types:

Depending upon the underlying cause, pathologic atrophy may be localized or generalized:

Some cell debris, within autophagic vacuoles, may resist digestion and persist as membrane bound residual bodies, that may remain as a sarcophagus in the cytoplasm. An example of residual body is lipofuscin granules. When they are present in sufficient amounts, they impart brown color to the tissues. 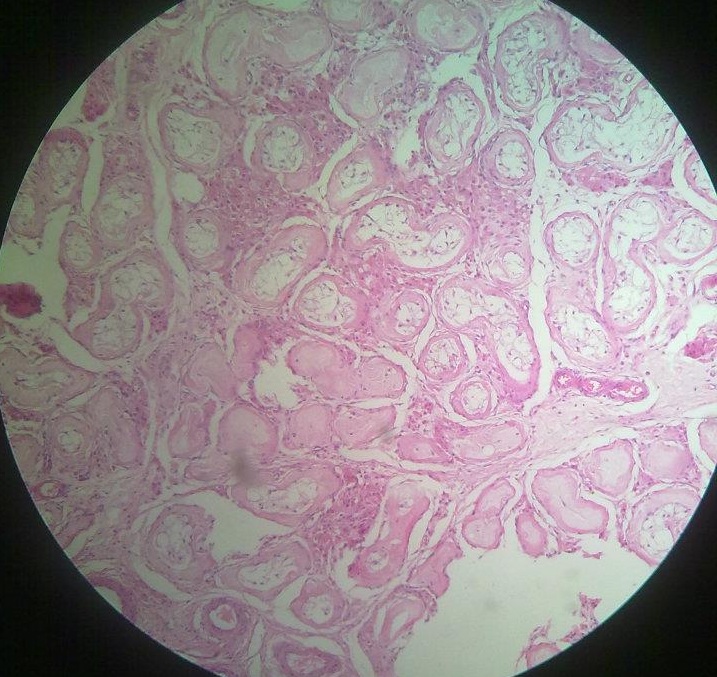