Basal cell carcinoma is a slow growing tumor and is the most common tumor with aggressive local invasion. It is common in fair people and is mostly seen on the face. 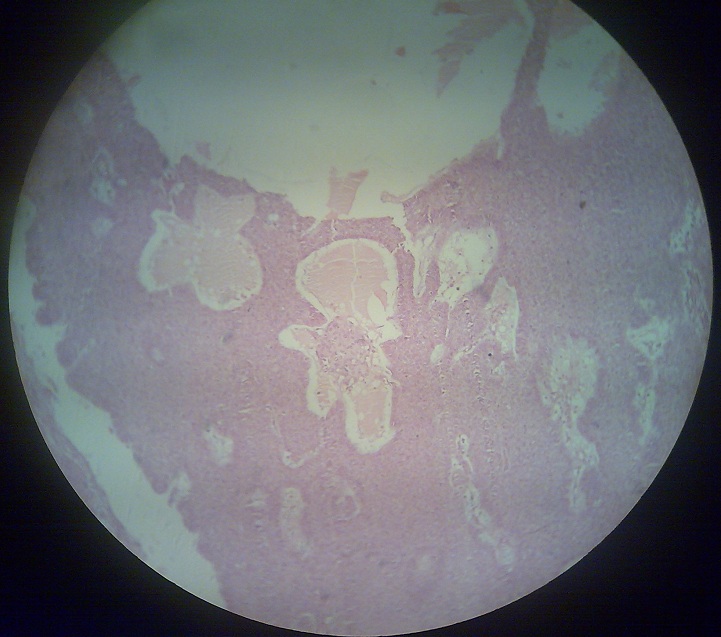 Basal cell carcinoma appears as small, raised papules which may or may not contain pigment. Advanced lesion ulcerates and may invade underlying tissue specially facial sinuses. In this case, it is known as rodent ulcer.

Stroma around tumor nest is composed of fibroblast like cells. During tissue fixation, stroma retracts away from tumor nest, thus creating a clear space known as retraction cleft.

Tumor nests have cells at periphery arranged so that they form peripheral palisading.