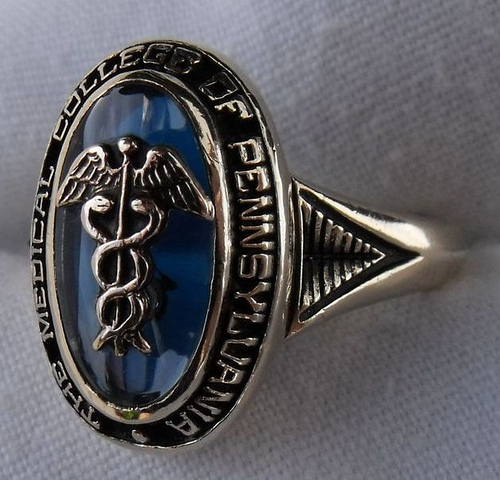 A 24 years old (1) female (2) presented in OPD with a 7 months history of puffiness of the face that progressed to generalized swelling of the body(3) and backache without any trauma (4). Besides, she had complaints of progressively increasing weakness of the muscles (5) and polyuria (6). On examination, the patient had moon face (7), truncal obesity (8), purplish stria over abdomen (9) and non-pitting pedal edema (10). B.P was 160/100 mmHg (11). Biochemical tests revealed low ACTH (12) and very high basal serum cortisol levels (13) which failed to suppress after high dose of Dexamethasone (14). Plain radiograph showed compression fractures of the T12 and L1 vertebral bodies (15). CT scan of abdomen revealed a large mass lateral to the upper pole of Rt. Kidney (16). A diagnosis of Cushing’s syndrome due to Rt. Adrenocortical adenoma was made.

1.       Relate the symptoms and lab tests to the affected endocrine gland and associated hormones.

3.       Elucidate the actions of Cortisol and Aldosterone on target organs.

3.       Prolonged problems: In this case it is due to mineralocorticoid activity of cortisol. Sodium and water retention leads to increased hydrostatic capillary pressure which causes increased leakage of fluid through capillaries all over the body.

4.       Backache: In this case the excess cortisol has decreased collagen in bones which makes them brittle and results in pathological fractures. These fractures in spine causes backache as bony fragments impinge upon nerves and spinal cord.

5.       Increasing weakness of muscles: It is due to increased catabolism of proteins to use amino acids for gluconeogenesis and decreased transport of amino acids into skeletal muscle tissue under the effect of cortisol.

6.       Polyuria: Cortisol is a diabetogenic hormone and diabetes resulting from excess cortisol is known as adrenal diabetes. It increases the gluconeogenesis by two mechanisms, by increasing the enzymes required for conversion of amino acid into glucose and mobilization of amino acid s from extrahepatic tissues. This increase in gluconeogensis results in the increased storage of glycogen in liver. Another factor contributing to high glucose concentration in blood is the decrease utilization of glucose by tissue by decreasing the rate of glycolysis by preventing oxidation of NADH to NAD+. On top of that mobilization of free fatty acids from peripheral tissue causes insulin resistance. All these factors contribute to raising blood glucose levels and glycosuria. Unabsorbed glucose in renal tubules leads osmotic pull on the water molecules causing increased quantities of urine. This is known as osmotic diuresis.

7.       Moon face: Cortisol causes excess stimulation of food intake ,with fat being generated in some tissues of body more rapidly than it is mobilized and oxidized. A mild edema also contributes to rounded face.

8.    Truncal obesity: Cortisol causes central deposition of lipid while mobilizing it from periphery.

9.         Stria: It is due to decreased collagen due to catabolism of proteins. The skin becomes thin and capillaries become fragile. There is an increased tendency of bruises and rupture of capillaries which leads purplish stria on the abdominal wall.

10.   Non-pitting edema: More common on leg and arms. Depressing the skin does not produce an indentation in the skin.

11.      Blood Pressure: It is raised due to the mineralocorticoid activity of cortisol. First of all there is an increase in the blood volume due to sodium and water retention leading to increased mean systemic filling pressure (MSFP) which increases the venous return. Increased venous return has two fold affects:First of all it stimulates the atrial stretch receptors resulting in Bain-Bridge reflex which increases the heart rate. Second it activates Frank-Starling mechanism to increase contractility of heart muscle which increases the stoke volume. Since cardiac output is the product of heart rate and stroke volume, it will increase due to increase in both. As blood pressure is product of cardiac output and total peripheral resistance,it will increase due to increase in cardiac output. Secondly autoregulation of blood flow by various tissues will increase the total peripheral resistance to compensate for increased blood flow due to increased blood volume. It will also contribute in increasing the blood pressure.

12.   Low ACTH: It indicates that the pituitary is not responsible for this disorder.

13. High Serum Cortisol: It is due to some disease process in the gland itself as the level of ACTH is low. Most common cause of High cortisol independent of ACTH is adrenocortical adenoma.

14.       Dexamethasone supression test: Dexamethsone suppression test is used to distinguish between ACTH-dependent and ACTH independent cushing’s syndrome. Dexamethasone is a synthetic glucocorticoid which exerts negative feedback control on the hypothalamus and anterior pituitary just like cortisol. If the level of cortisol falls after injection of dexamethsone then the problem is in anterior pituitary (Cushing’s diseas) or in hypothalamus. If level of cortisol is not reduced than the problem lies in adrenal cortex. But it can give false readings in some cases. In this case cortisol is non-responsive to dexamethasone suppression test indicating problem in adrenal gland.

16.      CT scan: Shows tumorous growth around the kidney which, according to above tests are indicative of adrenalcortical adenoma

2.       Causes of Cushing’s syndrome: It can be either due to excess exogenous or endogenous sterol hormones. Exogenous sterols are given for the treatment of rheumatoid arthritis, rheumatic fever and acute glomerulonephritis for its role as an anti-inflammatory agent. Endogenous sources of excess sterols can be pituitary adenoma in which ACTH secretion is increased (Cushing’s disease) which accounts for 70% of non-exogenous cause of Cushing’s syndrome. Another cause for it can be ectopic ACTH secreting tumors (some lung cancers).Still another cause is the adrenocortical adenoma. Genetics can cause this syndrome rarely due to the transmission of genes which determine the susceptibility to adrenal tumours.