Examples of withdrawal of positive signal:

Examples of receipt of negative signals: 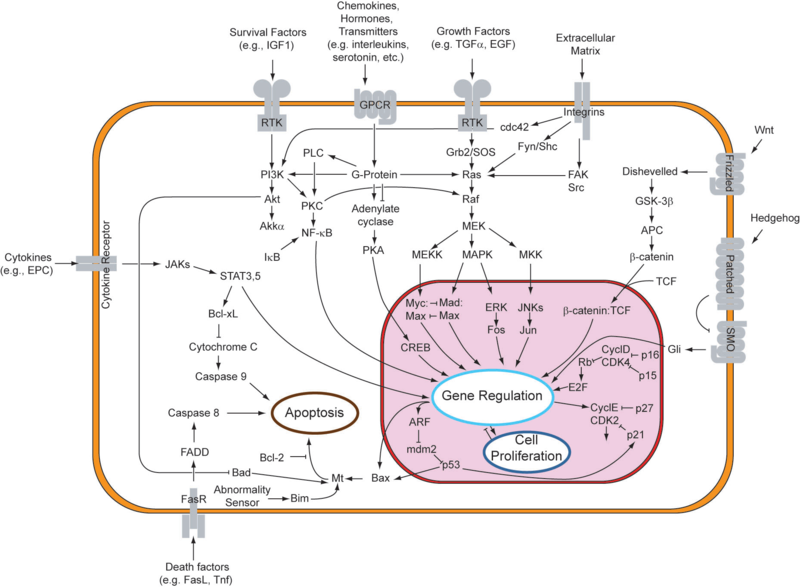 b.    CD8+CTL mediated lysis of their target cells.
–    Directly activates executioner caspases leading to apoptosis.
–    Does not use caspases cascade. 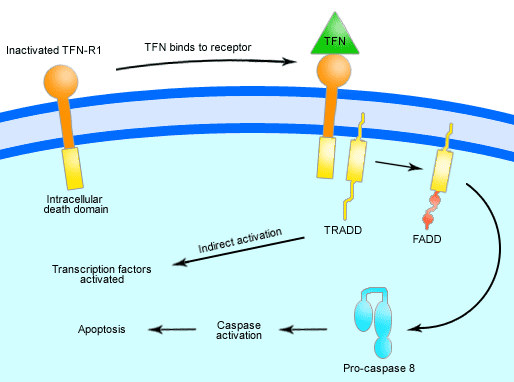 In apoptosis, the initial ultrastructural changes consist of nuclear chromatin condensation and fragmentation, followed by cytoplasmic budding and phagocytosis of the extruded apoptotic bodies. Signs of cytoplasmic blebs, and digestion and leakage of cellular components are also visible. 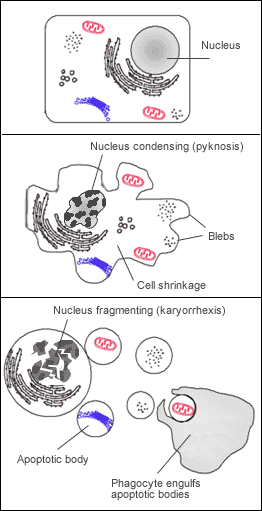 Normal CD4 count is 1000/µml of blood. In AIDS it decreases to <200/µml of blood. < 1/100,000 of CD4 cells are infected by HIV. Nef HIV gene in infected cell causes high level of FasL on its surface:
–    While preventing interaction of its own Fas receptor with FasL from self-destruction.
–    After contact of infected CD4+ T cell with uninfected CD4 +T cell, the uninfected T-cells are killed by apoptosis.