Insulin is a hormone secreted by the beta cells of pancreas, and is important in the regulation of carbohydrate and fat metabolism in the body. 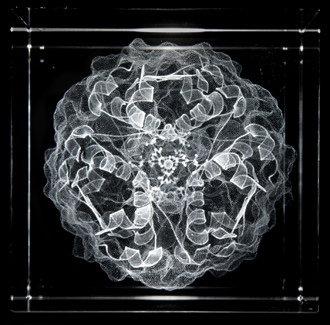 The discovery of Insulin by Banting and Best in 1922 was a major breakthrough in endocrinology.

Insulin is made up of 2 polypeptide chains linked by disulphide linkages.

Insulin has a plasma half life of 6 minutes before being broken down catalyzed by the enzyme Insulinase.

Mechanism of Action of Insulin

Mechanism of action can be well understood considering the following points:

1. Binding of insulin with alpha subunit

The metabolic effects of insulin include:

Insulin has profound effects on the following:

Insulin promotes glucose uptake and metabolism by the skeletal muscles. The muscles use fats in the resting state of the body as the membranes are impermeable to glucose; whereas they utilize glucose for a few hours after a meal which is insulin dependent (insulin increases the permeability of membranes to glucose). Also during exercise, contraction of muscles promotes utilization of glucose. Insulin promotes glucose storage by the muscles; therefore, muscles under normal conditions have excess glucose – glycogen stores.

Glucose is the only energy source for brain. Glucose permeability of brain cells is insulin independent. Hypoglycemic shock, in which blood glucose concentration is reduced to 20-50 mg/100 ml causes depression of brain functions leading to nervous irritability, fainting, seizures & coma

In the rest of the cells, insulin increase glucose transport and usage. Glucose is converted into glycerol in adipose tissues and thus insulin promotes deposition of fat.

Insulin promotes fat synthesis and is thus fat sparer. It stimulates fatty acid synthesis in liver. This occurs by the following mechanism:

3. Activation of lipoprotein lipase which splits triglycerides into fatty acids, which are transported into adipose cells and stored.

1. Inhibition of Hormone Sensitive Lipase which decreases hydrolysis of triglycerides

2.  Promotion of glucose transport resulting in synthesis of new fatty acids as well as alpha-glycerol phosphate

Insulin increase protein synthesis by increasing amino acid transport into the cells as well as by increasing DNA transcription and RNA translation. It also reduces protein catabolism and inhibits gluconeogenesis. Absence of insulin leads to increased protein catabolism and depletion of protein stores which leads to an increase in plasma amino acids. Thus the protein synthesis stops.

3.  Excess free fatty acids are converted into phospholipids and cholesterol which increases plasma cholesterol and lipids leading to an increased risk of atherosclerosis.

Insulin and growth hormone act synergistically in promoting growth.  They do so by increasing transport of amino acids into the cells. Both cause the transport of different amino acids.

Mechanism can be easily understood considering the following points:

1. Hyperglycemia, the stimulus results in

7.  Opening up of voltage gated Ca++ channels, resulting in

Thus the release of Insulin occurs from beta cells

Other factors which increase insulin secretion:

3. Sulphonylurea drugs which bind to ATP-sensitive K channels, resulting in their depolarization.

Insulin has a relation with following disease conditions:

Endocrine disorder characterized by hyperglycemia and disorders of carbohydrate, protein and fat metabolism.