An epidemiological experiment in which subjects in a population are randomly allocated into groups, usually called study and control groups to receive and not receive an experimental preventive or therapeutic procedure, maneuver, or intervention is known as randomized controlled trial. John M.Last, 2001

This is the best method of evaluation, basic steps are:

1.    Drawing up a Protocol
Drawing up a protocol includes defining:
•    Objectives
•    Questions to be asked
•    Criteria for selection
•    Size of sample
•    Allocation in study & control groups
•    Treatment to be given
•    Standardization of Procedures

3.  Randomization
Each person in reference population must have equal chance of being included in study or control group

5. Follow Up
Examination of the experimental and control groups at a defined interval of time.

6. Assessment
Assessment of out comes in terms of
•    Positive result -Benefits
•    Negative result -Side effects
Both are compared in both groups 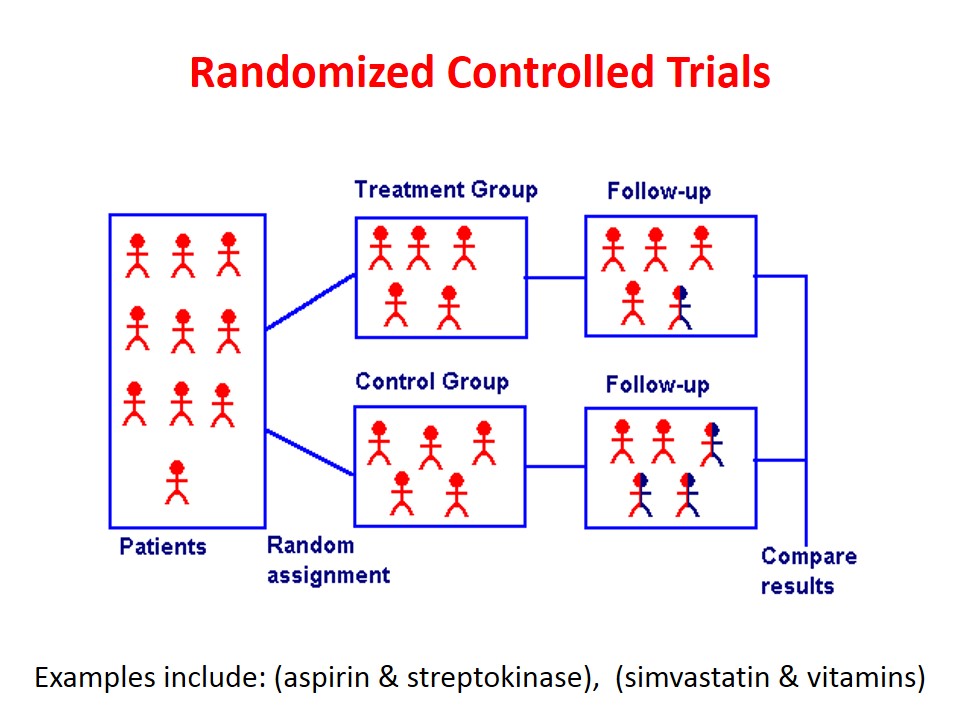 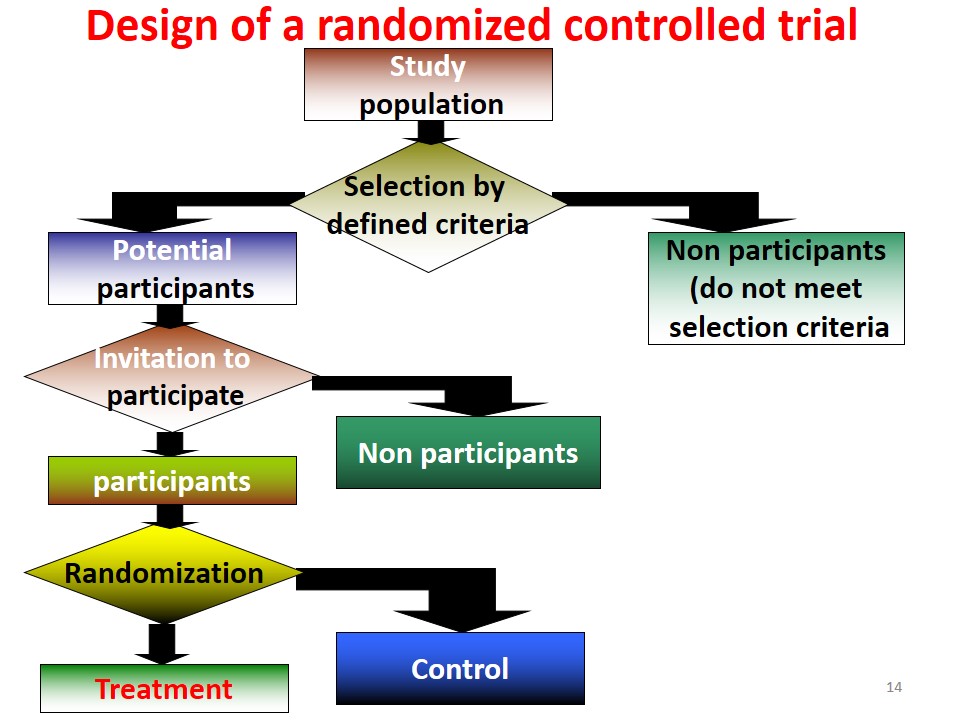 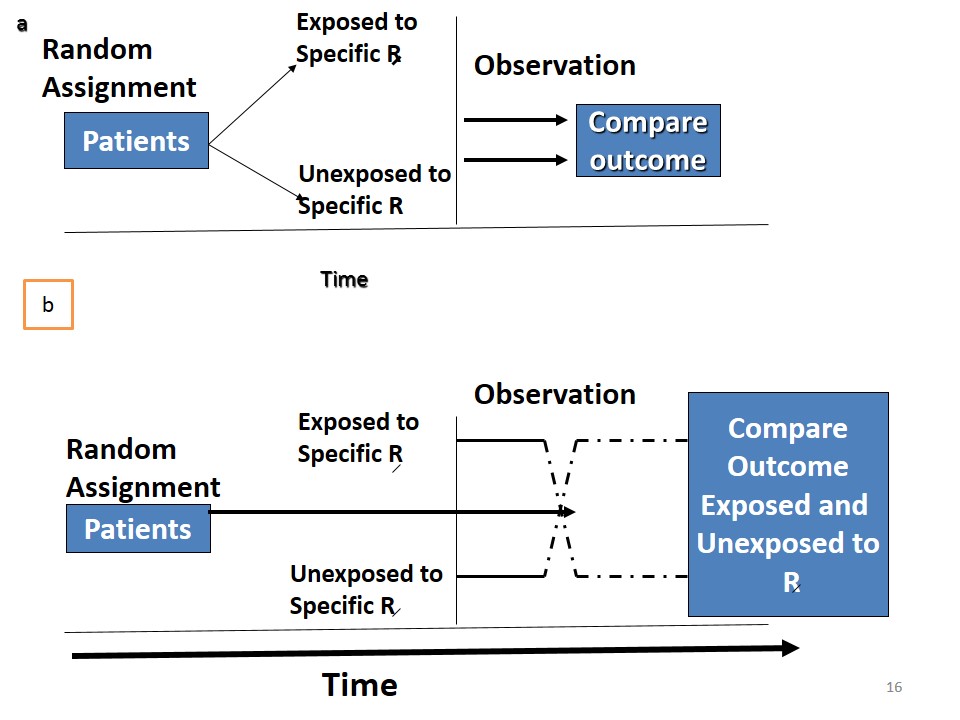 •    Exposure is under the control of investigator
•    Randomization
•    Blinding eliminates bias
•    Control on time span
•    Confounding factors can be controlled
•    Best method to study causal relationship
•    We can confirm or refute etiological hypothesis on evidence.
•    Evaluate effectiveness and efficiency of health services

•    Subject exclusion may limit ability to generalize findings to other patients.
•    A long period of time is often required to reach a conclusion.
•    A large number of participants may be required.
•    Financial costs are typically high.
•    Ethical concerns may arise.
•    Subjects may not comply with treatment assignments.
•    Exposure or treatment alternatives should be acceptable to both groups

All except #2 apply to observational designs as well

The effects of an exposure can only be judged in comparison to what would happen in its absence. The control group provides this comparison

Illustration: “MRFIT”
MRFIT stands for ‘Multiple Risk Factor Intervention Trial’
Exposure was health education vs. no special intervention, outcome was considered to be CVD. The treatment group experienced dramatic declines in CVD. But so did the control group. CVD rates were declining in all groups in the 1970s. Thus the effect of the intervention was negligible.

How randomization works?
Suppose you want to determine whether a particular diet (the exposure) is associated with improved weight gain in lab animals (outcome).
Randomization encourages equal numbers of fast-growing rats in each group.

Restrict participants to those with uniform characteristics. This too mitigates confounding
Example: Excluding smokers from a study base would prevent confounding from smoking