The photoreceptors produce melatonin while the amacrine cells produce somatostatin. 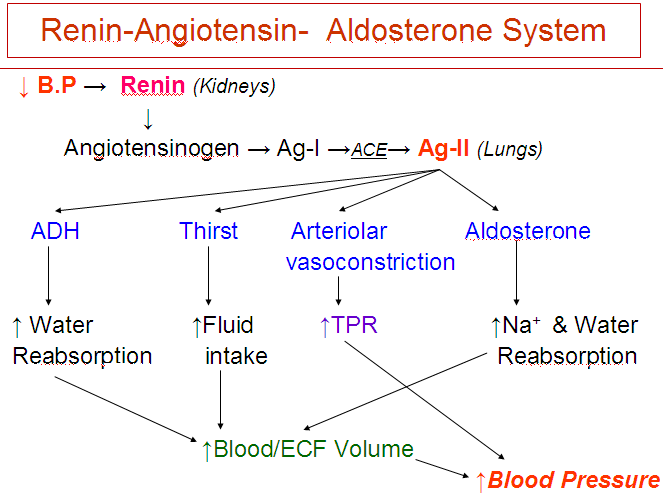 Several hormones are produced within the GIT. Examples include:

Placenta produces several hormones. These include:

Two of the natriuretic peptides are secreted by the cardiomocytes which are the muscle cells of atria and ventricles containing secretory granules. The secretion is due to:

Atrial natriuretic peptide (ANP) has also been isolated from the brain tissue.

Brain natriuretic peptide (BNP) is present more in the human heart especially ventricle but also occurs in the brain.

C-type natriuretic peptide (CNP) is present mainly in the brain, pituitary, kidneys and very little in the heart.

ANP and BNP act mainly on the kidneys to increase sodium excretion. (Injection of CNP has similar effects.

Pineal gland secretes melatonin. This is a timing device to keep internal events synchronized. Nerves from the visual pathways enter the pineal gland. Melatonin production is highest at night and lowest during the day (circadian rhythm). It plays no role in regulation of skin color.

The duration of melatonin secretion each day is directly proportional to the length of night.

Human chorionic gonadotropin maintains the corpus luteum for the five and a half weeks. It is similar to LH and exhibits TSH like activity. It stimulates the secretion of testosterone by developing testes in XY embryos.

Estrogen stimulates the growth of myometrium and helps the duct development in mammary glands. It inhibits GnRH and PRL and promotes uterine sensitivity to oxytocin.

Progesterone suppresses the uterine contractions and GnRH. It causes formation of cervical mucus plug to prevent uterine contamination. It helps in development of alveolar tissue in mammary glands.

Human chorionic somatomammotropin is similar to GH and PRL and cause shunting of greater quantities to glucose and free fatty acids to the fetus. It causes lipolysis and sparing of glucose in mother thus has diabetic-like effect. It helps to prepare the mammary glands.

Relaxin softens the cervix and loosens the connective tissue between the pelvic bones.